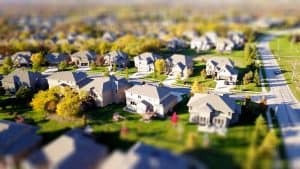 Most of us are familiar with purchasing a house and the land it was built on together, or “fee simple” ownership.  However, there is another way to own a home, and that is by “leasehold,” also called a land lease.

In a leasehold property, the homeowner owns the home during their lease, but is granted use of the land by the property owner for the length of their lease, often as long as 99 years!

While this arrangement may sound less familiar than outright ownership, it has been popular in both the United States and Europe for many years.  Notable examples of states where leasehold properties in the US are popular include New York, Florida, and Hawaii.  In Europe, almost 90 percent of all newly built property in London is leasehold property.

Locally, there are several residential developments that are structured as leaseholds, including the Briarwood development in Scottsdale, and the Casitas developments in Tempe.  For the past several decades, hundred of leasehold homes have been bought and sold in these and other Arizona developments.

At a time when housing is becoming less and less affordable, buying or selling a land lease property can make home ownership more accessible to those who may find themselves priced out of the market, as well as help those whose homes may not be appealing financially to the number of buyers that they had anticipated.

“Higher prices and interest rates have pushed the Valley down a reputable list of the most affordable big U.S. cities to buy a home.

Metro Phoenix now ranks no. 21 on HSH.com’s list that calculates home prices, interest rates and incomes for the nation’s metro areas.  The Valley was the eighth most affordable U.S. metro area to buy a home a few years ago.  The latest ranking is a reflection of income growth outpaced by climbing home prices.”

– Catherine Reagor at the Arizona Republic;

Real estate laws in Arizona are based heavily upon English common law where leasehold properties have been popular for many years.  Per the Arizona State Legislature, once a lease is assigned to a lessee, title to the improvements (house or other structures) is divided into two periods of time, present and future interests.

Present interest gives the lessee an “estate for years,” granting the direct right to possess and use the land (ARS 32-203.)  The future interest is the “reversion” of the property back to the lessor at the end of the lease (ARS 33-204.)  Simply put, once a land lease is assigned to a lessee, that individual has absolute rights to the house and use of the land until the end of their lease term.

We offer financial services through a broker.